She is currently working on the Environment of Te Arawa 2022 synthesis report for Ministry for the Environment based on Matariki as a framework, in her role as policy analyst and mātauranga Māori expert.

Davina says when she took her first session with the ministry’s Science Interface team, she recognised she was in the position that tohunga, Rereata Makiha, aspired for her during her years under his wing with Ngā Pātaka Kōrero o Te Arawa.

The relationships she formed in the collective, particularly with Rereata, have helped inspire her to do things she did not know she could do.

“There were times during my bachelor studies that I wanted to give up, but Pāpā Rereata encouraged me to keep going because we needed our people in governance spaces.

“And now, I’m writing the synthesis report alongside these amazing tohunga who I’d previously referenced in my thesis – like Dan Hikaroa, Shaun Awatere, Rangi Matamua and Isaac Warbrick – and we’re creating a difference,” she says.

Healthy Families Rotorua rautaki Māori, Jade Kameta, says the community of practice was a starting point for Davina to build her networks, and the mental shift to grow into the space where she is now working alongside western scientists.

“Te Hekenga-ā-Rongo presenters agreed there were going to be challenges evidencing mātauranga Māori and maramataka because of the two different worldviews – mātauranga Māori is not widely understood in the western scientific world.

“Healthy Families is about changing systems and perceptions, and Davina’s in a position to shift the way mātauranga Māori is understood. It’s vital to solving some of our greatest environmental challenges to create a healthier future. We need more people like her in those spaces to start creating new narratives.

“Throughout the symposium it was reiterated that mātauranga Māori and maramataka don’t work unless you practice and live it. Davina has definitely done that and is a good example of how that supportive network can work – from how an interest and passion has become her professional world.

“Davina has walked her talk and is now leading the way,” he says. 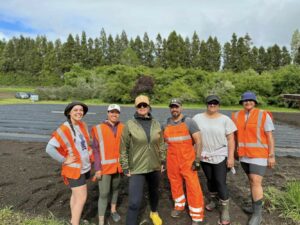 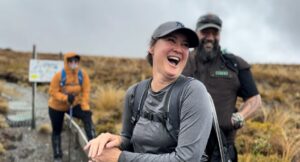 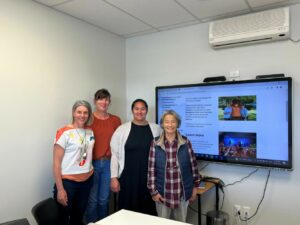