Rotorua retiree Wayne Evans loves to teach people to fish and garden so jumped at the opportunity to share his knowledge with iwi at a recent kai wānanga at Taharangi Marae.

The kaupapa is about transforming the way people access kai and creating an alternate kai system that brings both kai security and kai sovereignty.

Wayne believes it is important that people have kai sovereignty and was delighted to help participants kickstart their journeys by demonstrating how to grow fruit trees in containers, which they were able to take home with them.

“If you do it for them, you’re constantly doing it for them. If you show them how to do it, they can do it themselves and then pass it on to other people,” says Wayne.

“When you grow your kai, if you don’t need it, you don’t pick it, unless you’ve put it off for a long time. It stays alive and thriving in the garden.

“When you buy your vegetables from the supermarket or greengrocer, they’re probably already at least three days out of the ground. If you don’t use them within a couple of days, you get a slimy mess and throw it in the rubbish, and it goes to the landfill,” he says.

When ordering lemon trees for the kai wānanga, Wayne was determined to be part of the selection process.

“If you’re going to buy something, you look for quality. You don’t just take the first thing off the shelf and I wanted to pick good ones. If you start with quality, you finish with quality. But if you can’t afford to buy quality, you get the best quality you can get at that time,” he says.

As a child, Wayne enjoyed helping his father tend to his vegie garden and his mother’s flowerbed. He says the family had massive gardens and a house cow for milk. However, his interest in growing plants in containers came from living in numerous rental properties since returning to Aotearoa from Australia in 2016.

“I started growing my trees and specimen plants in containers because that way you pick up the container and put it in the back of the truck when you leave instead of leaving a lot of effort and money to the landlord.

“I’d love to see people getting back to growing their own kai. Unfortunately, people don’t have that knowledge and are scared to ask. It takes a long time to get people to realise it’s quite a simple project. It’s like your kids and grandkids. You watch them, and if something goes wrong with them you sort it out. You get your own kai. You can’t beat it.” 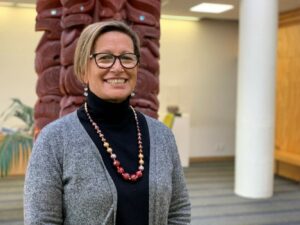 Aneta Morgan believes the resurgence of mātauranga Māori practices and age-old traditions can be the solution to many of the world’s problems. Aneta is the 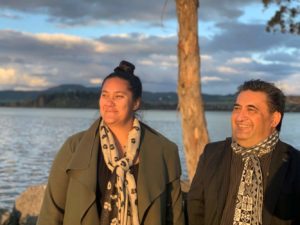 The city’s inaugural Matariki civic ceremony will provide locals and visitors the opportunity to participate in a traditional umu kohukohu whetū. To honour Matariki being 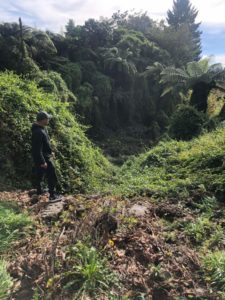